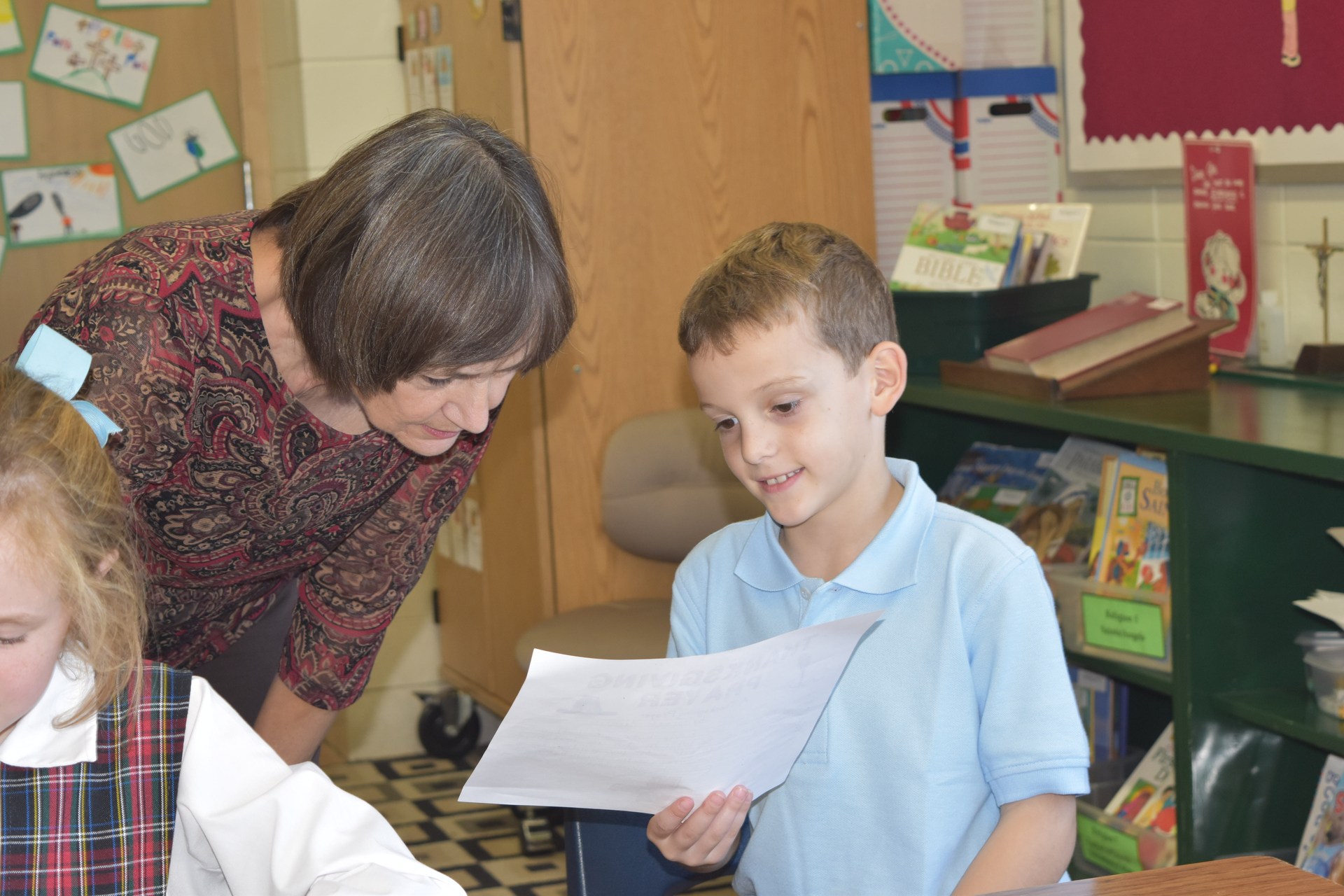 Notre Dame Church started as a mission chapel in 1936 serving 33 families in a storefront in Clarendon Hills.  In 1954 the Joliet Diocese bought the Henry Middaugh estate for $50,000 from the Sisters of Christian Charity so that a church could be built. A year after the church opened, the parish built a school.

When the doors to Notre Dame School first opened in September 1956, 331 students attended first though eighth grades. In the beginning, half the teaching staff consisted of nuns from the order of the Sisters of Christian Charity. The sisters lived on campus in a mansion that once graced the Notre Dame Property.  Lay teachers made up the remaining staff members.

Tuition the first year was $17 per month.

It was apparent from the beginning the school was too small. It was more the norm than the exception for 45 to 55 students to be contained in one classroom and taught by one teacher.

In 1965, two first grades with 27 students each were recorded as the first double class. The first school board was elected in 1966. The primary grade addition of eight classrooms opened for the 1966 school year at a cost of $160,000. The first Kindergarten and Pre-K programs were welcomed in 1989.

In June 2002, the Middaugh Mansion was torn down and Notre Dame Parish broke ground for the construction of a new church. The old church is now the gym of the school.

Today Notre Dame welcomes students and teachers not just from Clarendon Hills, but from all over the Chicago area.